I'm Tim Bader, founder of ErgonomicToolbox.com and the Ergonomic Toolbox training course. I am a writer, author, blogger and church leader, and I help people to overcome RSI and live comfortably with technology. When I'm not writing, helping or training people, I live at home with my wife, two teenage kids and Playstation.

Is Things 3 The Best Ever Task Manager? – Comprehensive Review

How RSI Symptoms Affect Your Day – And Your Night 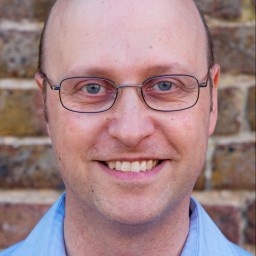 The award winning writer’s app Ulysses has just released a new update with some key features.

This release includes a new editor split view, updates to image support and quality of life improvements. Now is a good time to download your copy.

I recently received an email from Rebekka, on the Communications and Marketing team at Ulysses. She was following up on my review of the Ulysses app and told me there was a new version 15 available.

In my review, I sang the praises of Ulysses and proclaimed that it is:

I was naturally very curious when I heard of the new version and wanted to get my hands on it as soon as possible.

Here’s what I found out.

What’s In The Ulysses App Update?

Here’s a screenshot of the dialog that displays on first opening the app, after updating:

On the face of it, not a massive amount has changed in v15. But what we have been given is some well thought out improvements you might actually use.

The new features are:

Let’s take a closer look at each one.

Quick reminder before I continue:

Ulysses uses the term “sheets” for any piece of writing, whether it’s a full page or a scrap of text. It’s easiest to think of a sheet as being a single document.

Ulysses already featured the ability to open a new editor window or tab, so you could compare one sheet to another.

However, this was always a bit unwieldy for direct comparison and reference. This is because you would have to move and resize the individual windows, in order to see them side by side.

The split view fixes that and is activated via the View menu or a keyboard hotkey.

Here’s an image of my current workspace as I write, with this article in progress, on the left and my previous review, on the right.

This is much more usable than the manual way and has some nice options built in.

Move your mouse and an icon appears in the top left hand corner of the active document (the one you’re working on). Click the icon and you can quickly:

I particularly like the active document highlighting. This makes it obvious where you are writing so you are unlikely to make a mistake and edit the wrong thing.

I would have liked the option to change the colour or opaqueness of the non-active document. The grey default colour is a little too faded for my liking, but this is a minor objection as it is still eminently readable.

Whether you use this feature or not is obviously situational, but I can see it coming in useful in multiple use cases.

Like many apps for writers, Ulysses supports the addition of notes and meta data to your text. These are items that won’t be published or copied as part of the body text, but help support the writing process.

Keywords are similar to tags in other apps such as Evernote. They are simple labels you attach to sheets to help notify you of their current status, track ideas, and so on.

I keep an editorial calendar of sorts, as a Kanban board in Trello. I have a “production line” of articles in there with different statuses so I can see whether an article is currently:

I reproduce some of these statuses as keywords in Ulysses, so I always know where everything is in the process.

The new feature introduces quick access to, and management of, these keywords from a dialog accessed via the Window menu.

This is a simple quality of life improvement, where I would previously have had to go hunting through the sheets to find the keywords I want.

I have already put this to good use by adding colours to my keywords. But you can also delete, rename or even merge them together, directly from the same dialog.

As I have said elsewhere, I’m not a big fan of the “dark mode” that has become all the rage in apps these days. I don’t find it easy on the eyes at all.

Give me plain black text on a white background for all my writing. Then I’ll be very happy, thank you very much.

However, I am aware that some writers prefer black on white, so it’s good to know that it’s now fully supported in Ulysses.

There’s not much to say about it, other than it can be switched on or off from the View menu, or via a hotkey.

In split editor mode, you can even choose to have one tab in dark mode and the other in light mode.

I did find to my annoyance that it defaulted to dark mode when I switched to full screen, but it was easily switched off again.

My personal preferences aside, dark mode does offer less brightness or glare when typing for extended periods. And the team have even added it as part of the export options.

You can copy and paste them into a document, or add them into the meta data, just as you could before.

However, you can now setup different parameters, so you can set the size or the name it will have on export or publish.

I found that the publishing preview screen appears to be much improved, with images looking a reasonable size, alongside the text.

I was a little bit disappointed that images still appear as small boxes when viewed in the editor itself.

In one sense, this is hardly a surprise as Ulysses is a writing app, not a WYSIWYG desktop publishing environment.

Ulysses is at its heart a text editor, so the improvements are welcomed. But it would have been nice to have had some attempt at making images clearer in the editor.

EDIT: Since I wrote this article, Rebekka from the Ulysses team contacted me again.

– It is possible to change the size of the image previews, by updating a setting in the preferences.
– You can also select whether to show previews in full colour or black and white.
– Finally, if you want a completely distraction free environment, you can switch previews off entirely: you’ll then see a simple “IMG” tag inside the text.
– However, you can still see the original image by double clicking on the tag.

All images will publish alongside the text, regardless of the settings you use in the editor.

Most of the new features described above are for the Mac edition, but some have made it through to iOS. – Most notably the dark mode preview for export.

The great part is that your text and images transfer over as proper Gutenberg blocks in WordPress, rather than the old style “wall of HTML”. That’s a win!

Otherwise, this update brings quality of life improvements, such as:

You can find the full release notes here.

Despite the new features, this version feels like a relatively minor “point” update, rather than a major release.

However, Ulysses is still the premier app for online writers. This update further cements its position in a crowded marketplace.

If you’re already a Ulysses subscriber, then simply update the app to get hold of the latest goodies.

If you’re still on the fence, then there’s never been a better time to try it out. You can get a copy with a 14 day free trial on the Mac and iOS app stores.

I'm Tim Bader, founder of ErgonomicToolbox.com and the Ergonomic Toolbox training course. I am a writer, author, blogger and church leader, and I help people to overcome RSI and live comfortably with technology. When I'm not writing, helping or training people, I live at home with my wife, two teenage kids and Playstation.

GET THE ERGONOMIC TOOLBOX

Please log in again. The login page will open in a new tab. After logging in you can close it and return to this page.